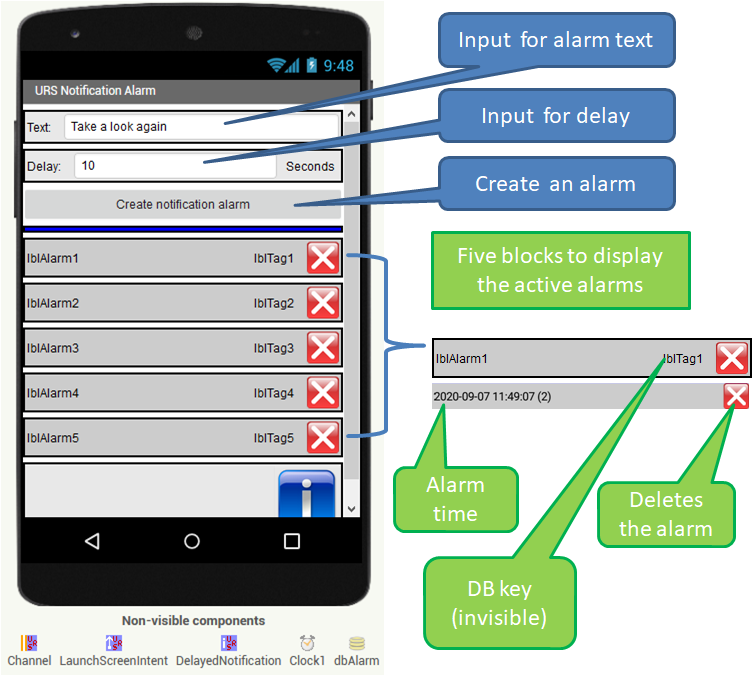 After tapping the Create notification alarm button, a new alarm notification is created with the values for text and delay from the input fields above.

Unfortunately, there is no way in Android to determine outstanding alarm objects. The time of the alarm and the ID of the alarm are therefore stored in a database (TinyDB). The database is synchronized regularly:

The first five of the pending alarms in the database are displayed on the screen. To display the alarms, the associated containers (HorizotalArrangement) are made visible and the contained fields are filled.

The following instances of the components are used by the project.

1) Android also allows a different behavior. In this extension, however, the flag PendingIntent.FLAG_UPDATE_CURRENT is set, which causes an existing Intent to be updated. 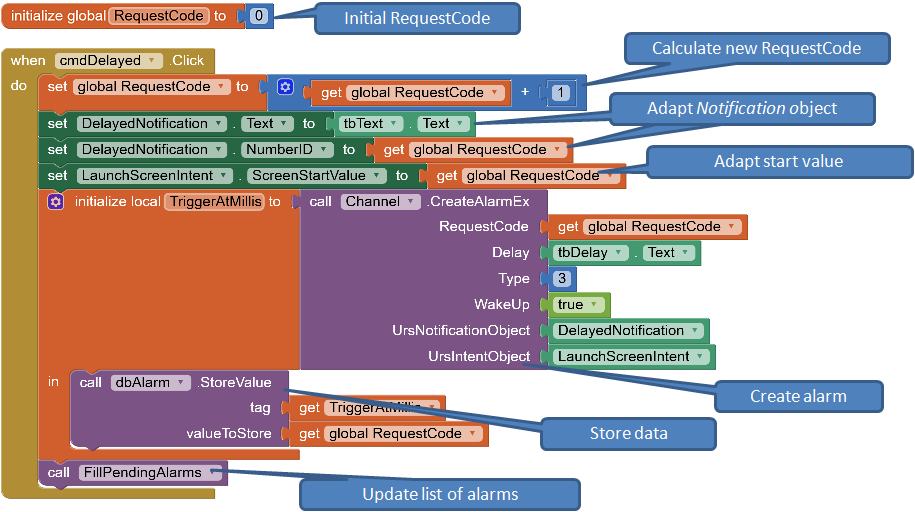 In this example, an update of the notifications is not provided (see example Remember URS). RequestCode and NumberID get the same values, which simplifies the code.

The key of the database entries (Tag) is the time of the alarm. The keys are read and compared with the current system time. Outdated entries are deleted from the database.

The components that are used for dynamic display are gathered in lists. This enables indexed access. 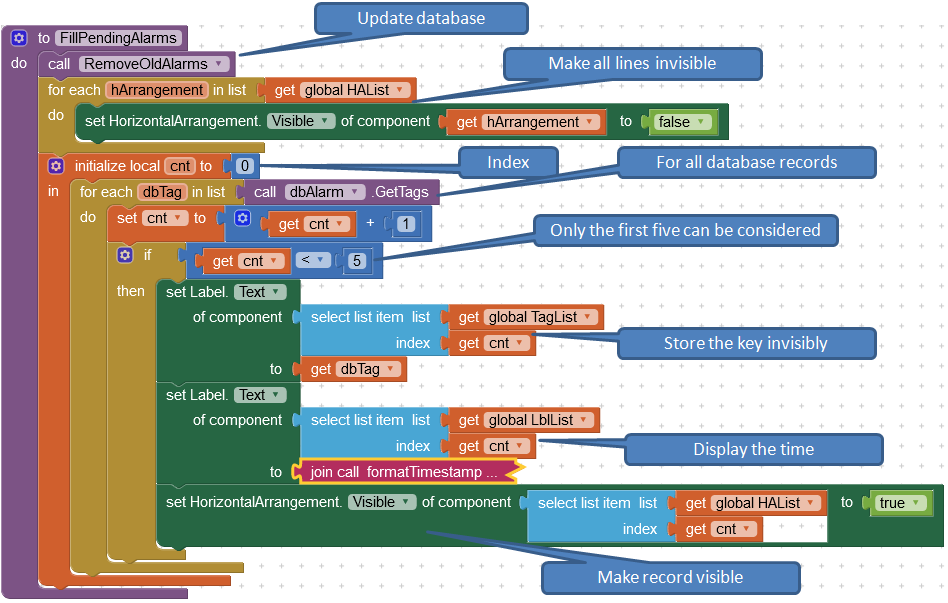 After pressing a button or time-controlled, the display of the pending alarms is updated.

First the database is updated and all records are switched to non visible. The local variable cnt is used to count which record is currently being processed. If the value is greater than five, no further data records are taken into account. The database key is stored in the invisible lblTagX label and the lblAlarmX label gets the formatted time. Finally, the HorizontalArrangement haAlarmX is made visible.

This code is identical for all buttons cmdDel1 to cmdDel5. The alarm is deleted using the CancelAlarm method. The key (RequestCode) was previously stored in the invisible Label lblTagX. The deleted alarm is also removed from the database and the display is updated.